Jornaya’s TCPA Guardian enables lead buyers to verify if TCPA consent has been established before making an automated phone call or sending a text message to a potential customer. TCPA Guardian also enables lead buyers to identify specific characteristics of the TCPA disclosure text itself and make operational decisions based on those characteristics.

As a publisher, you want to ensure the leads you are selling meet your clients TCPA Compliance standards.

How Is Compliance Measured Through TCPA Guardian?

The Jornaya campaign script identifies TCPA Disclosure text in a web form, using the label ‘leadid_tcpa_disclosure’. The text and style characteristics are captured and compared to the lead buyer’s requirements.

What Are the Characteristics of a TCPA Disclosure?

Jornaya determines if a Disclosure label was present on the form, and if the Disclosure text matches any of the approved texts maintained by the lead buyer’s Jornaya profile. When a Disclosure match is made, Jornaya calculates the following responses:

• Prominence Value
Jornaya created score based on the size of the Disclosure text.

• Contrast Value
The percentage difference between the color of the Disclosure text and the text background color. The Contrast score is determined by averaging the values of Luminance, Lightness, and Color difference.

Using a combination of these calculations produces an objective assessment of the consumer perception of the foreground and background colors.

Jornaya’s TCPA Guardian also identifies the Consent Type (Checkbox, Radio button, Yes/No dropdown menu, or ‘No user interaction required’), and the action taken by the consumer (Active Consent, Passive Consent, Active Decline, Passive Decline, and ‘No interaction required on the form’). Additionally, Jornaya determines if a ‘Visual Playback’, a visual representation of the lead event, has been captured.

Why Are My Lead Buyers Getting Multiple Prominence Value Responses for the Same Funnel/Landing Page/Presentation?

Even though you may have specified the exact font size in pixels you want your consumers to experience, Jornaya may return multiple Prominence Values for the same "presentation". Our research suggests the variation results from changes consumers make to their device/browser settings and the Jornaya response is a reflection of consumers' actual experience.

How Do Lead Buyers Decision Based on TCPA Data?

Jornaya provides a portal where lead buyers can create and configure an audit profile. The audit profile is used to assess the TCPA responses, among other Jornaya responses, regarding the lead event. Jornaya allows lead buyers to set rules in their audit profile for each of the Jornaya responses, including the TCPA responses. The buyer can set the threshold for response values that are associated with each of their rules. Jornaya allows ‘flag colors’ (green, yellow, or red) to be assigned to each rule, and an assigned threshold value (or range of values) to each flag color. The lead buyer can then act on the flag colors Jornaya returns (i.e Accept/Review/Reject).

These rule settings allow lead buyers to establish their definition of TCPA compliance.

How Do I Meet My Lead Buyer’s TCPA Visibility Acceptance Criteria?

Visibility
Jornaya will return a Visibility score based on the combination of Prominence and Contrast.

How Can I Ensure a Specific Visibility Score?

#1 - What is the minimum Prominence score I need to generate a Visibility score of 50?

When Contrast is 100 (black text on white background, or white text on black
background), the minimum Prominence score needs to be at least 25, or 10 pixels (7.5 points). 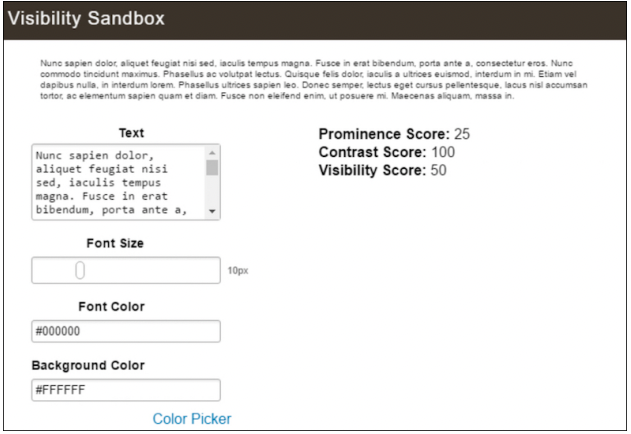 #2 - What is the minimum Contrast score I need to generate a Visibility score of 50? 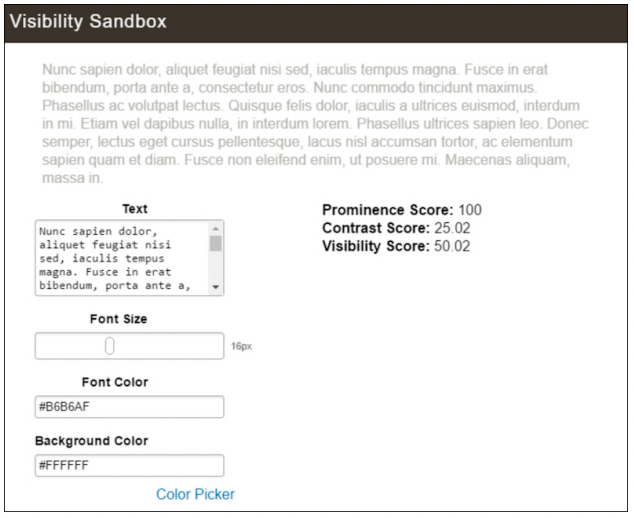 #3 - What is the smallest combination of Prominence and Contrast I need to generate a Visibility score of 50?

A Prominence score of 50 (12 pixels / 9 points) and a minimum Contrast Score of 50 will produce a Visibility score of at least 50. 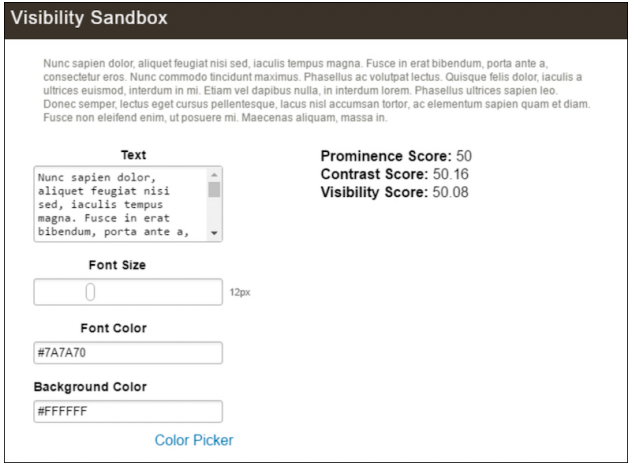 I’m Doing Everything Right, Why Would I Be Missing TCPA Data?

Jornaya witnesses the consumer’s interaction with a lead form, in real time, throughout the lead event. During the event, the consumer’s browser sends numerous pieces of data across the internet to Jornaya. The context in which consumers interact with your form can impact Jornaya’s ability to capture data in some instances. Unreliable networks, especially when using devices on cellular networks, can occasionally prevent Jornaya from receiving all the data from a consumer event.

Also, older browsers may have limited support to detect DOM mutations which can cause Jornaya not to capture every consumer interaction.

Please visit our Frequently Asked Questions page for TCPA Guardian or reach out to our support team (support@jornaya.com).

Was this article helpful?
Thank you for your feedback! Our team will get back to you
How can we improve this article?
Your feedback
Comment
Comment (Optional)
Character limit : 500
Please enter your comment
Email (Optional)
Email

By entering and using this site, you consent to the use of only necessary cookies to enhance your site experience and improve our services.